Homegrown cucumbers are one of the easiest vegetables to grow in your backyard garden. Learn how to grow cucumbers, how to harvest them, and what pests and diseases to watch out for in this post.

There are two main types of cucumbers: slicing and pickling. Slicing cucumbers are what you typically see in the stores and are usually best suited for fresh eating.

Vining cucumbers grow on long vines and can take over your garden if allowed to do so. For cleaner fruit and to save space in the garden, it is best to grow vining types on a trellis.

Bush cucumbers are sometimes touted as being better suited for containers and small space gardens. I’m going to have to disagree. If you are going to trellis your vining cucumbers (and you really should) you can usually get more cucumbers in a smaller space with the vining type.

How to Plant Cucumbers

Cucumbers are a warm-weather crop so they must be planted after all danger of frost has passed. (Don’t know your frost dates? The Farmer’s Almanac has a great frost date calculator.) Cold temperatures can stunt your cucumbers’ growth and take them longer to produce fruit.

Cucumbers need to be planted in full sun, meaning a minimum of 8 hours of sunlight per day. So choose a sunny location that is rich in organic matter. You can plant cucumbers directly from seed in the garden or purchase transplants.

If you want to start your own cucumber plants indoors, start them 2-3 weeks before your last frost date. If you start them any earlier, you will likely have plants that quickly grow too large for your indoor grow lights.

When direct seeding cucumbers, many people recommend planting cucumbers in a mound about 4 inches high and 18 inches across. Plant the seeds about 1/2 inch deep.

However, if your garden doesn’t stay damp or you are already planting in a raised bed, planting cucumbers in a mound isn’t really necessary.

If you are planting vining types of cucumbers, plant seeds or transplants 12 inches apart. Bush types will need to be spaced 3 feet apart to ensure adequate airflow to prevent diseases.

Keep the soil moisture consistent, or you may have misshapen fruit and bitter cucumbers. Plan to provide about an inch of water per week, including rainfall.

How to Grow Cucumbers in Containers

Cucumbers can easily be grown in containers. You can plant one bush cucumber per 10-gallon pot or plant up to 3 seeds of vining types.

Be sure to put a trellis in the container or place the container up against a fence so that your vining cucumbers have something to climb on.

How to Trellis Your Cucumbers

Vining cucumbers need to be trellised to save space in the garden. Trellising the plants keeps the cucumbers clean and allows the fruit to grow straighter. It also helps ensure good air circulation which can prevent many diseases.

And there are many ways you can trellis your cucumbers. One of the simplest ways is to use a tomato cage. These are readily available at most home improvement stores.

However, anything that the cucumber vines can attach to will work well. Cattle panels, homemade wooden structures, even an area next to a fence will all work well to allow your cucumbers to grow up instead of taking over your garden.

What to Plant With Cucumbers

When determining where in your garden to plant your cucumbers, you want to keep them away from potatoes. Potatoes release a chemical that can inhibit the growth of cucumber vines.

Radishes, on the other hand, make a great companion crop for cucumbers. Radishes can help deter cucumber beetles and other damaging insects.

How to Harvest Your Cucumbers

Cucumbers are ready to harvest when they are firm, usually about 8 – 10 days after the flower opens. If you plant cucumbers from seed, the packet will tell you an approximate date you should expect to start harvesting cucumbers.

Pickling cucumbers are usually ready when they are 2 – 3 inches long. Slicing cucumbers usually grow 8 – 10 inches in length. Of course, there are varieties that are best picked shorter or longer than these recommendations.

If you planted from seed, the seed packet or seed catalog will be a great resource. Otherwise, it might be easiest to do a quick Google search to determine the best length to pick your cucumbers.

Don’t allow cucumbers to start turning yellow. By that point, they are usually watery and very seedy. If you allow too many cucumbers to get too large, the plant will stop producing more fruit.

When it comes to cucumbers, the more frequently you harvest, the more cucumbers you get.

To remove the cucumbers from the vine, cut the cucumber stem, just above the fruit. Don’t try to pull it off or you may damage the plant or even pull up the entire vine.

How to Store Cucumbers

If you plan to make pickles, they are best made with cucumbers that are picked the same day you plan to pickle them.

However, if you don’t have enough to pickle in one day, you can store cucumbers for 2-3 days in the refrigerator. Storing your cucumbers much longer than that will result in mushy pickles.

Unfortunately, there are many pests that enjoy cucumbers too. The most common one is probably cucumber beetles.

Cucumber beetles are yellow beetles about 1/4 inch long with either black spots or stripes on their backs. They will eat the cucumber plants while their larvae feed on the roots.

But they pose an even larger threat to your cucumbers than just eating the vines. They can also transmit viruses and diseases from plant to plant, destroying your entire crop.

You can use row covers to prevent them from reaching the vines (Remember you will have to hand-pollinate most varieties of cucumbers.) but this can be tricky as the cucumber vines get larger.

Other options include using yellow sticky traps to attract the beetles or trying to knock them into a container of soapy water.

Other cucumber pests include aphids, pickleworms, slugs, and squash bugs. Aphids can usually be controlled by insecticidal soap. And I wrote an entire post on how to control squash bugs.

However, pickleworms are my nemesis. They tend to show up in late summer in my garden and destroy every single cucumber. The worms eat round holes into the cucumbers, making them totally unusable.

You can use row covers to prevent pickleworms. But by the time you spot the damage, it may be too late.

Another option is to remove and destroy all the cucumber vines (don’t compost them) and start a second planting if you have time. This has worked the best for me.

You can also spray regularly with bacillus thuringiensis (BT) a bacteria found in the soil that is toxic to immature insects (larvae). You must spray before the first sign of infestation or the worms will likely already have bored into the vines and fruit. BT is approved for organic gardening.

Cucumber plants are also prone to a variety of diseases. Downy mildew, powdery mildew, and blossom end rot are just a few of the diseases that attack cucumber vines.

The mildews can be controlled by properly spacing your cucumbers and providing good air circulation. This is another reason it is recommended to trellis your vines.

However, if powdery mildew or downy mildew becomes a problem, you can make a spray of 1 teaspoon of baking soda mixed with 1 quart of water. Spray your plants regularly and after each rain to control the mildew.

Even if your plants do develop mildew, the cucumbers on the vines are still safe to eat.

Blossom end rot is another disease of cucumbers that can be caused by a variety of factors. Sometimes it is caused by a lack of calcium in the soil. Lack of consistent moisture can cause blossom end rot as well.

Sometimes, the problems are related as lack of water means the plants can’t absorb the calcium needed to ripen the fruit properly.

Occasionally, you will find a cucumber that seems to rot from the flower end while the fruit is still small. This is often caused by a lack of pollination.

At the beginning of the growing season, you may see lots of flowers but no fruit. Cucumbers tend to put out male blossoms first. (The male blossoms are the ones that don’t have a baby cucumber attached.)

After a week or so, you should start to see female blossoms too. From that point, you can expect cucumbers to be ready to harvest within a week to 10 days.

There are so many varieties of cucumbers it can be overwhelming. Listed below are some of the varieties that have done well in my garden or that have been recommended to grow in a wide variety of locations.

What to Do With the Extra Cucumbers

Once the cucumbers start rolling in, you may have more than you can eat. Cucumbers are excellent in salads, Mediterranean grain bowls, and dipped into homemade french onion dip.

They are also delicious sliced and added to your water to make homemade cucumber water.

And if you have an excess of homegrown cucumbers, try making refrigerator pickles with the extras. To preserve cucumbers for later, it is simple to dehydrate cucumbers if you own a dehydrator.

Growing cucumbers in the home garden isn’t difficult at all. Be sure the soil is warm before planting and your last frost has passed. And before you know it, you’ll be munching on delicious cucumbers fresh from your garden. 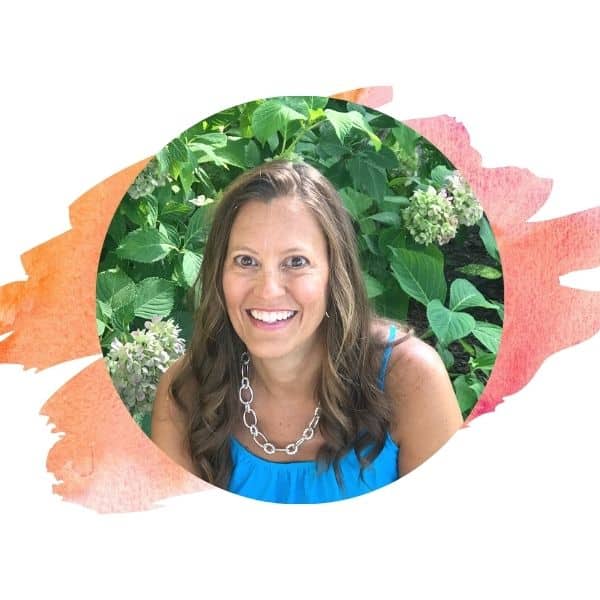